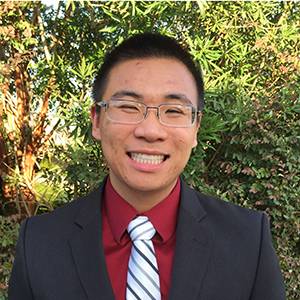 Everything that JAMP does adds to my success as a pre-med student, future medical student, and eventually, physician.

How has JAMP helped you as you strive to achieve your goal of becoming a doctor?
JAMP has been extremely helpful in providing the necessary opportunities to produce a successful pre-med student.  Starting with a continuing scholarship, JAMP helped to get rid of financial barriers many students face.  Furthermore, there are two unique summer internships that immerse undergraduate students in a medical setting.  There is also plenty of help and support for the MCAT: the toughest obstacle of many medical students.  Everything that JAMP does adds to my success as a pre-med student, future medical student, and eventually, physician.

What advice would you like to offer current or future JAMP students?
You are given a golden ticket when accepted to the JAMP program.  Beyond the guaranteed acceptance to a Texas medical school, there are many opportunities within the program that are complimented by JAMP’s large net of support.  Make sure to take advantage of everything that is offered.  Do not become complacent after joining and receiving the conditional guaranteed acceptance.

What aspect of JAMP has been most beneficial to you?
During undergrad, JAMP offered many benefits ranging from MCAT preparation to undergraduate scholarships.  Out of JAMP’s many forms of support, I found the summer internships to be the most beneficial.  During the five to six week endeavor, I was given multiple opportunities to shadow different physicians, take courses similar to ones offered to medical students, and form life-long friendships with a great group of people who have similar goals and aspirations as me.

About Charles:
Like many of my peers, my interest in medicine started at a young age.  However, due to other influences, I did not initially declare pre-med when I came to Lamar University.  Instead, I started my undergraduate career as a Chemical Engineering student.  After my first semester, and a great deal of introspection, I declared pre-med.  With the support of a very influential advisor, I continued my studies as a chemical engineering student while taking necessary courses to get into medical school.  Several months after declaring pre-med, I was introduced to the JAMP program.  I applied and after graciously being admitted, I made sure to take advantage of everything the program had to offer.  The decision to continue on as an engineering student delayed my graduation date by a year, but it was not a decision that I ever regretted.  Looking ahead, I hope to learn all I can from medical school and to eventually practice family medicine.